Learn more about COVID-19 safety measures and updates and the COVID-19 vaccine. SAH provides vaccines for children 6 months +.
Please do not visit the Emergency Department for a COVID-19 test.  Call the COVID-19 CLINIC LINE for testing info:  773.484.4000 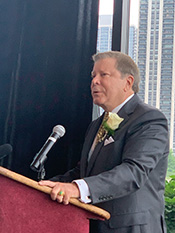 Guy A. Medaglia was appointed President and Chief Executive Officer of Saint Anthony Hospital in July 2010 after he and his team led the financial turnaround of the hospital that continues to serve a patient population that is more than 60 percent Medicaid and Medicare.  During his tenure, Mr. Medaglia has led the hospital’s quality and operational performance, receiving three consecutive Illinois Performance Awards for “Commitment to Excellence” by demonstrating earnest efforts to adopt and apply continuous improvement principles, following the Baldrige Criteria.  Mr. Medaglia is also spearheading planning and research for the new Saint Anthony Hospital and Focal Point Community Campus development as President and CEO of Chicago Southwest Development Corporation (CSDC).

Prior to his appointment, Mr. Medaglia was a Managing Director for FTI Healthcare. He has an accomplished background in healthcare, including executive management positions for an academic medical center and multiple urban community hospitals. He designed and implemented numerous strategic initiatives around expense improvement, product line evaluation and modification, revenue enhancement, quality improvement, physician relations, and physician contract management. 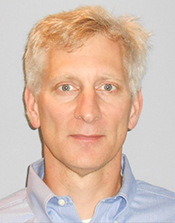 Bob Enkema joined Saint Anthony Hospital in 2019 with over 25 years financial experience, with expertise in both for-profit and not-for-profit health care systems.  In this role, he is responsible for overseeing financial planning and treasury functions, coordinating the duties of finance and accounting, patient financial services, materials management and information systems.

Prior to joining Saint Anthony Hospital, Mr. Enkema most recently served as Chief Financial Officer at FTI Health Solutions (a division of FTI Consulting), overseeing reporting for the Health Solutions Division, including forecasting, profitability by service line and contract negotiations.   Prior to FTI, he held executive leadership roles at Cambio Health Solutions and New American Healthcare managing teams for client engagements, including analytics, forecasting and valuation, as well as creating and administering tools to measure productivity and profitability for hospitals.

Mr. Enkema holds a Bachelor of Science degree in Accounting and Finance from Lipscomb University. 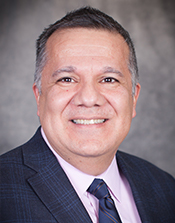 James Sifuentes joined Saint Anthony Hospital in 2005, having previously served as the Executive Director for the storefront Pilsen YMCA in Chicago. He was instrumental in the planning and building of the Rauner Family YMCA, the first full-service facility for the Pilsen community and its surrounding neighborhoods. At Saint Anthony Mr. Sifuentes oversees Mission, Government and Community Relations, Community Development, Environmental Services (EVS), Dietary, and the Pastoral Care Department.

Mr. Sifuentes has extensive experience in community relations, fundraising, and organizational development. As a leader within the nonprofit community, he has a proven track record of accomplishing major reorganization leading to profitable business models.

Mr. Sifuentes holds a Bachelor of Arts degree in Psychology from St. Xavier University. He serves on the board of directors of Illinois One Family One Child. He was a 2003 Leadership Greater Chicago fellow. 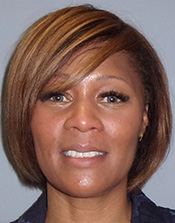 Ericka Anderson joined Saint Anthony Hospital in 2022 with over 18 years of Healthcare Retail and Supply Chain experience.  Her areas of expertise are in culture transformation, strategic planning, talent development and aligning HR strategies to the organization’s key priorities.  As Vice President, Chief Human Resources Officer, Mrs. Anderson will be leading the human capital strategy at Saint Anthony Hospital.  She will provide leadership in all areas of organizational management and planning to include HR policies and employment practices, career development, total rewards, employee relations and communication, as well as leading diversity and inclusion initiatives.

Prior to joining Saint Anthony, Ericka led the HR strategy for several large Healthcare Retail organizations across the United States.  She served as Head of HR retail for Circle K, supporting the Heartland Division and spent over nine years leading and executing HR strategy for CVS Health, including the CVS/Target acquisition over 47 states. 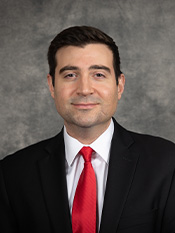 Christopher came to Saint Anthony from University of Illinois Health and Hospital System where he acted as Associate Director at the Office of Medicaid and Medicare Innovation.  In that role, he provided legal, operations, and health policy guidance to the U of I Health System and the Illinois Department of Healthcare and Family Services.  He previously served as Special Counsel and Senior Healthcare Advisor to the Office of the Governor of the State of Illinois.

Christopher earned his bachelor’s and law degree from the University of Illinois, Urbana-Champaign. 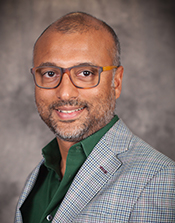 Romeen Lavani, MD joined the Saint Anthony Hospital team in 2004. He is board certified in both pediatrics and pediatric critical care. In his role, Dr. Lavani oversees pediatrics, our medical staff office, medical education and partnerships with health care institutions across the city. His bedside manner with patients and leadership style make him a role model for many of the students and staff at Saint Anthony.

Dr. Lavani has received countless accolades for his work and research in the pediatric field, and provides pediatric critical care at the University of Chicago’s Comer Children’s Hospital, as well. 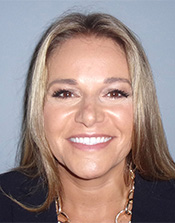 Raquel joined Saint Anthony Hospital in 2022.  With 20 years of nursing experience and over 10 in leadership roles, she provides executive leadership for clinical excellence, patient safety and case management.   In collaboration with the executive and medical leadership team, she is responsible for standards of care and practice, policies, procedures and programs to ensure quality patient care and patient satisfaction.   Raquel also works to mentor and provide educational opportunities, training, support and resources to the nursing team to provide the best care possible.

Prior to joining Saint Anthony Hospital, Ms. Prendkowski served as Assistant Vice President of Patient Care Services at Methodist Hospital in Gary, Indiana and as Assistance Chief Nursing Officer at Mount Sinai Hospital.  Throughout her career, Raquel has been a strong advocate for workplace safety and violence prevention.  She has served on several boards and worked with numerous community organizations on violence prevention and victim recovery, substance recovery and linkage services, youth outreach, sexual assault services, and health ministry as well as Gift of Hope Organ donation.

Ms. Prendkowski earned her Bachelor of Science in Nursing at The University of Saint Francis, Master of Business Administration at Aurora University and is a 2023 DNP candidate at Rush University. 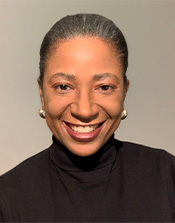 Prior to coming to Saint Anthony Hospital Cheryl Russell spent ten years at the School of the Art Institute of Chicago (SAIC), serving as the Executive Director of Corporate, Foundation, Government, and Civic Affairs; and Registered Lobbyist.

Born in Los Angeles, California and raised in rural Southern Illinois, she received her undergraduate degree in History from S.I.U. in Carbondale and her Masters in Public Policy Administration from Roosevelt University.  Ms. Russell has served in an array of organizations to gain experience in diverse policy areas, including the John D. and Catherine T. MacArthur Foundation, Mayor’s Office – City of Chicago, and the Chicago Public School system. 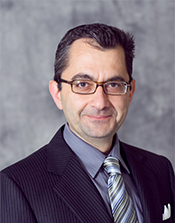 In addition to his obstetrics practice, Dr. Takhsh has developed an interest in monitoring and measuring the quality of care that Saint Anthony Hospital provides to its patients. He has helped lead our journey to include a comprehensive performance improvement framework in our everyday way of thinking. Under his leadership, Saint Anthony Hospital received the 2015 “Commitment to Excellence” bronze award by the Illinois Performance Excellence. In addition, Saint Anthony Hospital was awarded the 2019 IMEC Silver Award for Excellence by the IMEC Recognition Program. Recipients of these awards are those organizations, which have demonstrated earnest efforts to adopt and apply continuous improvement principles, following the Baldrige Criteria for Performance Excellence.

Dr. Takhsh earned his medical doctorate at the University of Edinburgh Medical School in Scotland. While in Scotland, he finished an internship in general medicine, and obstetrics and gynecology at the Royal Infirmary in Edinburgh. He then moved to Chicago to begin his residency in obstetrics and gynecology at Saint Joseph Hospital. Dr. Takhsh went on to earn his Masters in Business Administration from University of Illinois at Urbana Champaign.